If anybody says that the appointment of Boorish Piffle Johnson as pry mincer is 'surreal' - they are dead!
Posted by LATENT NEWS at 15:26 No comments:

Babel Grafitti:
Here's a link to my Flickr page, one of the latest additions there. It's a recurring theme, the destruction of sense in signs, posters, grafitti, I'm not sure if it was a self-conscious mark-making or something near accidental.
https://www.flickr.com/photos/stuartinman/48318429786/in/dateposted-public/

The point is not merely that these events are reduced to nonsense, but that another meaning, more elusive and allusive, and more poetic, can arise from the decay of logical communication.

Whatever/New World of Love (From REMORA)

On the night of Wednesday 10th-11th March 2010 I had a dream in which I saw the following poem. The poem was in a glass case in the corridor of a museum and was attributed to Gherasim Luca and dated 15th May 1945. It was next to a boxed object showing what looked like a series of semi-precious stones and abstract enamels titled "New World of Love" (the title of a work by Toyen I seem to remember, in turn derived from Fourier?)

Having woken and written all this down I felt compelled to also write the following:
New World of Love 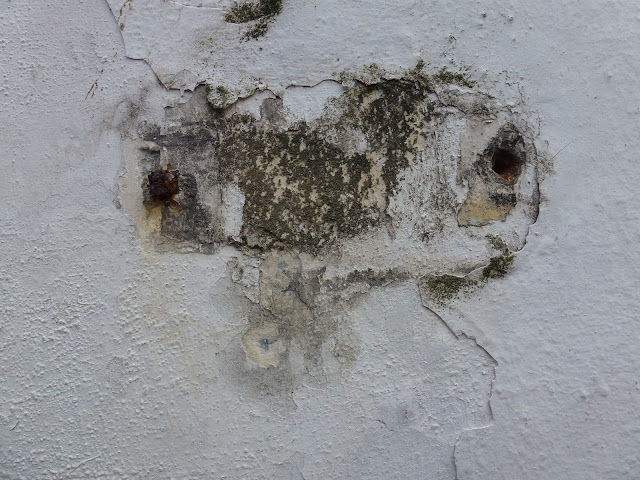 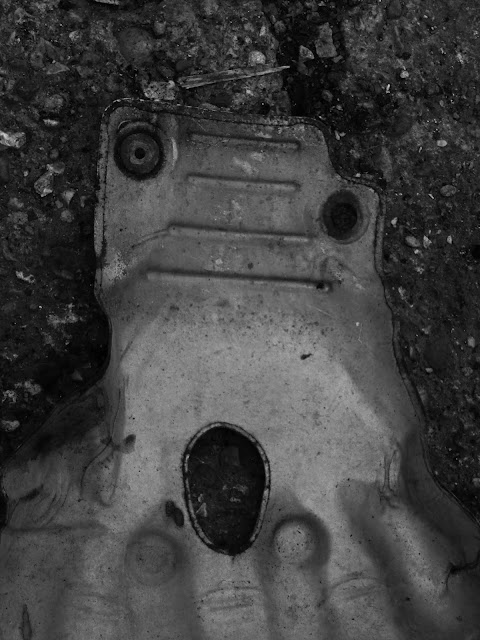 In order to retain it's integrity, Surrealism has set itself apart from the mainstream in various ways. Famously, Breton called for the 'occultation' of surrealism - occult' literally means to hide or conceal. In the 60s the surrealists announced the 'absolute departure' of the movement, the separation from the mainstream and from the avant-garde. This has worked in as much as one can, if reasonably alert, easily see the difference between actual surrealism, or at least an earnest attempt at it, and the imitation, the vacant, shallow, fake 'surreal'. The problem is that by being apart and hidden, Surrealism loses its public voice to denounce these flaccid impersonations.
The internet is littered with blogs like this one, group websites, Facebook groups, there's small magazines, there's journals, including the impressive Hydrolith a very few years ago, and the last issue of Brume Blondes. Sometimes there are tracts that quite properly denounce the state of the world, one does see some attempt to engage with that world, but does the world engage with surrealism? Sadly, the answer is, for the most part, no, it does not.
The voices of surrealism are too often only heard by other surrealists, we have entered an echo chamber in which we hear our own voices again and again, bouncing back the ideas and opinions of surrealism to those who know them very well and rarely are they heard in any more public debate. Who reads surrealist magazines? Other surrealists. Of course, this curious isolation of current surrealism is not total, but it is considerable, and, it seems to me, increasing.
I do not have an answer to the problem. Abandonment of surrealism's separation from political parties and from the artistic and literary scenes would come at  a considerable cost, most especially to that integrity I spoke of.  Retaining a separation that starves surrealism of connection to the outer world leaves that integrity meaningless if surrealism quietly vanishes. We need something else, but what?
Surrealism needs to somehow both engage and set itself apart at the same time, in being hidden do so in plain sight. It needs to be able to engage with the world and then withdraw, if we do not engage, we shall become truly obsolete. At the same time we need that ability to disengage and plunge back into the inner world, for if we do not do that our obsolescence becomes absolute.
Think of this as a non-dogmatic probing into how we might position ourselves today, feel free to comment. Maybe your comments will lead to a greatly edited version, I don't know.